Home Inspiration Why We Suffer (Have Faith) 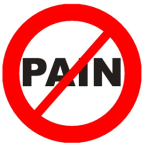 It’s hard to understand why we suffer.

It’s even harder when you have suffered a lot yourself. I know survivors of trauma who completely lost their faith—not just in others or in God, but in life and in themselves.

They begin to see everything through the lens of their painful experience.

When I was teaching a course on diversity at the college, I had a Holocaust survivor speak in my class.

Leslie was eighty-six years old and was delighted to share his story with my teenage students—some of whom had no idea what the Holocaust even was.

The depth and breadth of his ordeal was almost unimaginable to me and to most of them.

Among other terrors, Leslie went from concentration camp to Siberian gulag and was subjected to human cruelty of nightmarish proportions.

All I could think about when he was talking was: How could he possibly carry on after all that? How could he bear to live in such a world?

I’ve had moments in the past where I felt this just by watching human tragedy second hand on the news!

At the time, I was pretty much in constant almost unbearable pain and still trying to continue working.

I wanted to hear how Leslie got through the most painful moments of his life.

Leslie was able to see the light even during one of the darkest moments of human history.

I wondered if we needed to be reminded of the ordeals of others to appreciate the blessings we have in our lives.

When I was supposed to be writing my doctoral thesis, I would often check out Youtube—a key procrastination device.

In addition to videos of inter-species animal B.F.F.s or parrots playing golf, I enjoyed stories about people who had transcended seemingly insurmountable obstacles—a limbless young man who became a well-known inspirational speaker; dancers who achieved professional success despite their missing limbs; a legless skateboarder who travelled the world.

Grateful that I had all my body parts, I would pledge with greater resolve to overcome all of life’s challenges without complaining.

Sometimes I did okay with that. I could accept there was a purpose to all of it.

Other times, I just didn’t get it.

I thought if I could understand why there was so much pain in the world, everything would make sense. If only I knew the answers to life’s existential questions, that knowledge would set me free.

Then I had an epiphany. I didn’t need a reason. I just needed to accept reality as it was.

It didn’t matter why, what was important was that I trusted that everything was exactly as it was meant to be; and that even though I didn’t know why, life still might have meaning.

Maybe we suffer because of karma or original sin or maybe the angels had fallen. In the vastness of time and space and existence, how could we possibly know for sure why things are the way they are?

Faith, I learned, is accepting that there was order despite chaos—that life had a purpose and that we were here for a reason.

With faith we can observe nature, including our own, and marvel at the intrinsic perfection of its design.

Faith means making the most of what you have, accepting to find love rather than fault, seeing with the heart’s rather than the mind’s eye.

Having faith is an opening of the heart, not the mind. It means that we have chosen to see the world through the lens of love and be in it with the flow of inspiration (rather than mental looping).

If you’re sick or in pain, or in a challenging situation, this shift alone can heal you.

* Here is Leslie’s blog. Leslie’s story is on the Montreal Institute for Genocide and Human Rights Studies (MIGS) website.